Hugs, smiles, and love!!
Autism Answers with Tsara Shelton (Facebook)
BTW: The video straightens out after the first few seconds.
Posted by Tsara Shelton at 9:22 AM


Straight up, I admit it, most of these suggestions are going to include links to something my mom (Dr. Lynette Louise, known as "The Brain Broad") made. But that's because my suggestions are awesome and so is the stuff my mom makes.

So, let's dive into some awesome suggestions, shall we?

1) Watch the international docu-series FIX IT IN FIVE with LYNETTE LOUISE aka THE BRAIN BROAD! Both seasons one and two (Uganda and USA, respectively) are available free on The Autism Channel and Women's Broadcast Network. Also you can rent or own the show via Vimeo On Demand (This is my favorite way to watch the show! Though it costs money it also means you have access anytime from any device. It is a great way to revisit and review new lessons, enjoy the show with friends, or have a screening in your community!)

Oh, what's that? You have no idea what FIX IT IN FIVE is? Well, I'm sorry to hear that! Basically, it's an idea hatched out of Lynette’s desire to share her tools of change with thousands of families worldwide. No biggie.

Dr. Lynette Louise is invited into homes around the world where she teaches important attitudinal shifts and brain science to families struggling with brain disorders. Hundreds of children, parents, aunts, and grandpas have benefited from her passion and neurofeedback equipment. According to Lynette, “That’s not enough!”

By offering her services as a docu-series she is able to give families willing to be on camera a free five day life-changing therapy marathon. At the same time audiences are gifted with answers, entertainment and an exampling of living life with creativity and intention. So, you know, a way to make the world a more understanding, safe, and fun place for people of all types. That's all. :D

Follow this link for more info, videos, and links for viewing the show: FIX IT IN FIVE with THE BRAIN BROAD

2) Watch a film, listen to music, or read a book written by, starring, or otherwise created by someone with autism. Now, yes, I'm going to specifically link to stuff my mom has made (she herself is Historically Asperger's and also she casts autistic actors, as well as other neurodiverse cast and crew, in her projects) but the point is the most important part. You don't have to watch or read or rock out to my mom's stuff so long as you purposely seek art created by and performed by autistics. For example, my mom's stuff!

a) Living with Lynette - Available for viewing is the pilot episode of Living with Lynette, a show she created with the plan to always hire neurodiverse actors, writers, and crew. In this episode, all of the actors have the diagnosis attributed to them. Also, I play "Sherry" the neighbor with an addiction to having too many carreers. I admit, I don't actually have that problem. Unless you count my addiction to reading which gives me the opportunty to IMAGINE having all kinds of carreers!

b) Crazy to Sane - My mom wrote and performed this one-woman musical comedy about her life quite a few years ago. The show is about healing herself and her family from the traumas of abuse, while also healing their brains. Autism, abuse, adoption, parenting, and healing are the main themes while laughter and music are the delivery system. Crazy to Sane has been performed around the world and regardless of language or culture it always brings audiences to their feet with tears, gratitude, and a desire to sing along!

You can purchase the show CD (digital or physical CD) and watch music videos here: Crazy to Sane

c) Miracles are Made: A Real Life Guide To Autism - Miracles are Made is a real life guide, written from the happenings of real life. In Miracles Are Made my mom not only shares stories from her personal and professional life, but also illuminates the whys and the wherefores of the social climate parents find themselves in when coping with autism. So whether you have autism in your immidiate world or not, it offers a glimpse into how we, as people in the world, are all affecting each other. And then, by highlighting neurofeedback and the plasticity of the brain, she offers valuable solutions. She teaches us how to make the best of what is possible and recreate the healings she has been fortunate enough to facilitate. As a reader you come away understanding how to understand autism. You come away knowing what to do.

To learn more about Miracles are Made and mom's other books, follow this link: BOOKS by Lynette Louise


3) Enter to win a signed copy of my book, Spinning in Circles and Learning from Myself, which is being given away FREE (for folks in the USA) by The Perfect Piece this Autism Awareness Month! (Okay, this one isn't exactly something my mom made but it is a book of stories about my life which, no surprise, includes a lot of stuff about mom. And, if we're getting technical, my mom made me and I made the book so, I guess it is still something she made! Giggle!) Head on over to The Perfect Piece, send in a pic that represents what autism means in your life (get creative! Have fun!) and it will be posted on The Perfect Piece social media accounts. Likes on your picture get you points, so be sure to tell your friends to hit that like button! Also, there are several other ways to gain points beyond that. Be sure the visit the page and ask questions! Then, when you win, you can read my book, love it, and tell everyone you know about it. Now, I am not autistic. However, as you know, I have grown-up surrounded by autism. So I like to think my book is a candid (and kind) perspective of growing-up alongside autism.

4) Ask about autism. Thoughtfully and with kind curiosity and interest. Open yourself up to believing and understanding and mostly listening. And, again, ask. Be sure to largely ask autistics. Listen to and learn from parents and experts who aren't autistic also, but largely ask autistics. If you aren't comfortable or certain how or who to ask, begin with the internet. But PLEASE be kind, careful, and clear in your searches. I admit that there's a lot of debate and high emotion in the autism community. How to say it (autistic or has autism?) how to talk about it (a gift, a curse, a sickness, a style) how to represent your support (a puzzle piece, the color blue, light it up, the infinity sign) etc, but in my experience the most important part is to care, to listen, and to truly take steps to understand the reasons for the debates more than the conclusions people come to. The reasons are where the important seeds can be found.

One place you can learn a bit more about autism is, wait for it.... my mom's autism and neurofeedback site!! Brain and Body. (Phew! I almost didn't mention stuff my mom makes there. Close one. tee hee!)

5) Join autism groups, read articles, volunteer at a church, school, workplace, anywhere that includes folks on the spectrum of autism. If you are making a movie or if you own a business, hire people with autism. IMPORTANT: Take an extra moment to rethink the way you've been thinking about that guy that you see acting strangely in your local store or the parent you see allowing behaviors you don't understand. Be kind and interested, not judgemental and afraid.  (No links to stuff my mom made here, but I'm being entirely honest when I tell you that my mom wished for this more than anything when she was raising eight kids on her own, six adopted and four on the autism spectrum. She wished for, more than anything, less judgement. She taught us the value of this and asked that we always do our best to example it. We try.)

Those are my suggestions for taking action this Autism Awareness And Acceptance Month! Maybe share this post around so that others can take action with you. Add suggestions of your own when you share it!

We'll meet back here in May and share our results!! 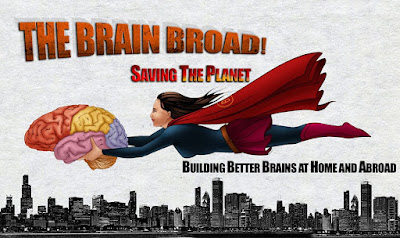 Posted by Tsara Shelton at 9:16 AM