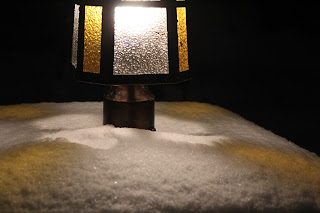 Autism Answer: Seeking a Safe Way to Be Open and Accepting


“I just wanted to be nonjudgmental and accepting.”

My brother was looking at me expectantly, his big sister who always had something to say about the things he had to say, and had to wait an uncharacteristically long time for my reply.

His confession had caught me off guard and left me momentarily at a loss for words. I was too deep in a thick fog of feelings that understood and feared and felt and didn't know the right answer.

Oh, my heart was aching and my ideas lacking.

I find myself wrestling often with this question of balance. Not judging too harshly, being open and accepting and helpful and willing to open doors or accept ones opened to me, while being safe and careful and teaching my children to do the same.

This is a big important thing and once I was able to fight out of the fog of feelings and find words, I admitted as much to my brother.

We talked a long time about how valuable it is to strive for a world that isn't so focused on defending itself that it won't risk opening doors when people are reaching out to us in unusual ways at unusual hours. There are so many people like my brother who struggle with social cues and norms and end up craving company and kindness at unusual times and in unusual ways. We talked about how hurt he himself felt when he would knock on a door at an unusual hour asking if he could look at the old cars in the yard only to have the person call him cruel names and threaten to hurt or even kill him if he ever came back. And I reminded him that it wasn't necessary for the people to open their doors and let him in for him to feel less hurt. Had the people – as some had – asked him to come at a better time and not immediately reacted by speaking to him in anger, that would have been accepting.

But there are so many grey areas here. And in the end each situation will be different and often difficult and it's just easier to push people away when they are strange or unlike us. And it's even sometimes safer in the moment.

But in the bigger picture, in the world where we keep kindness alive mostly only during business hours and when we understand easily the problem (dead car battery, missing animal, not quite enough money at the checkout) and push or react in anger when the person doesn't make sense to us and we feel overly inconvenienced or inadequate, or where we overcompensate by being ridiculously (and temptingly) generous and yes oriented, we are not building a safer world.

I talked with my brother about this and more. I gave him specific tips about not opening his door or inviting people in at certain times or when he doesn't know them or simply if he just doesn't feel right about it. He can simply say no. Or pretend he's not home. There is nothing judgmental about that.

I don't know if the man who assaulted my brother would have moved on to assault someone else, had he not been granted access to my brother's apartment. I don't know if that one “no” would have stopped him that night, maybe even prevented other nights. That is possible. Not permitting the harming of others is part of how we teach not harming others. So, it's possible. Though not promised.

But had my brother not granted access, I do know it would have prevented his own assault. And in this specific instance it is my brother that matters to me. Not society, not the story of how that man ended up knocking on a door to rape my brother, not you and your cool looking old car in the yard, my brother.

I wish he would have known he could say no and still be nonjudgmental and accepting.

And since that day we have practiced and both gotten better at it.

I admit, it's not easy to know how to help when people are extremely unlike us. Or struggling in unusual ways. Movies can make us want to be the one who reached out and calmed a situation down or helped an outlier or struggling person during an extreme time of stress or hurt. But when we're not in a movie we generally have no clue how to truly do that safely or correctly.

It isn't easy. It isn't obvious. Not for most of us, anyway.

But I'm proud of my brother. He was able to pinpoint where he went wrong, he talked with courage to the police about what happened, he leaned on me and our mom to get through it but also took the reins on his own healing and chose lessons to learn. The learnings didn't make the assault a good thing, being raped in your apartment is not ever a good thing, but he did good things with the hurt that happened to him. I'm proud of my brother.

I hope he'll always let me talk and learn with him in similar intense and important ways.

And I hope he and I will continue to grow safer and kinder and a little bit smarter together.