Autism Answer: Were We Supposed To? A Story of Rye's Rape

Today, April 27th, is Rye's birthday. Happy birthday, little brother!! He will be coming over in the afternoon to use my wifi and to pig out on pie with whipped cream. I'm looking forward to it!

In the meantime, here is an important true story that incorporates both sexual assault awareness and autism awareness. It is not an easy story to read and was far more challenging to live through. But, we did. Because I believe, we are supposed to.

Were We Supposed To?

A Story of Rye's Rape

The camera was on me, the officer was waiting for my reply, I was holding back tears wanting oh so bad to be strong for my brother. This was his hurt, his horrible horrible hurt, the crime committed to him, his body and safety, but in that moment I just couldn’t hold back the pain of my own guilt.


“He wanted to stay at our house, he asked if he could sleep on the couch,” the tears are escaping now, but only such a small percentage, I am able to hold back the neverending flood that pulses behind my eyes and throbs in my head. “I told him to go home, he has his own apartment, I made up something about not wanting to start a habit of him sleeping here at our mom’s house, but the truth is I just didn’t feel like hanging out with him anymore. And then,” I look at the officer, he too wearing a touch of hurt and guilt, and say it: “And then he went home and got raped.”

It was late but I was still awake. The phone rang and I saw on the caller ID that it was coming from the gas station in town. Rye.

I considered ignoring it, but that might give him reason to have a temper tantrum in the store which might lead to him not being allowed back there for a while, which would lead to me having to help him more often.

“Uh, hi,” he stammered, “I was raped. I escaped out the window, he might still be at my apartment.”

Blood left me so fast I nearly passed out. Had I heard him right? “Wait, what Rye? What?”

“Some guy came in my apartment and raped me. He made me go in the shower after so I snuck out the back window and came here to call you, I’m only wearing shorts. I can’t stay.”

“No. Should I? Am I supposed to?” Rye asked, unsure. He sounded out of breath and scared.

Am I supposed to?

“Actually, Rye, let me call my husband and have him pick you up. I’ll call the police. We’ll go from there. Just wait at the gas station. Hold on, the guy that raped you might still be at your house?”

“I don’t know,” Rye admitted, “I just snuck out the back but I think I heard him go out the front door.”

“Okay, you wait there if they’ll let you. Milton will be there soon and I’m going to call the police now. I love you.”

We hung up and I called my hubby. We were happily married but living in separate homes.

“Rye was raped in his apartment and is waiting for you at the gas station. Can you go get him? I’ll call the police.”

I called the police. A woman answered.

“Yes, hi. My brother lives in Teague and someone just broke into his apartment and raped him.”

“I don’t know what I’m supposed to do. Someone just raped him and he escaped out his back window. My husband is picking him up from the gas station and will be with him. Can someone go there and, I don’t know, take a report?”

“Yes, we’ll send an officer. What is his address?”

Do I give Rye’s apartment address? Do I send Rye and my hubby back to his place to meet the officer, back where the trauma literally just occurred? But where they may have a better shot of catching the rapist?

Am I supposed to?

I give her my brother’s address and call my hubby.

“He’s here with me. The front door is open, I think the person ran off and left the door open.”

“Can you please stay there with him until the officer arrives? Thank you, and can I talk to Rye?”

A man had knocked on his door, late but not impossibly late. It was only a little after ten PM. Rye opened the door a crack, sort of recognized the guy from here and there, and told him he didn’t have time right now. The guy said something about wanting to see or buy CDs or movies or something, Rye talked for a bit, opened the door wider, and the man pushed his way in, said he had a gun, made Rye lie on his stomach on the bed. Rye couldn’t see a gun but there was something in the man’s pocket,  he couldn’t see the man now, but heard him get a condom. The man raped Rye, my baby brother, who was oh so scared and it hurt, and then told him to shut up and get in the shower. Rye got in the shower and soon, too scared to stay in his apartment, left the shower running and snuck out the back window.

Then, he phoned his sister. A sister who had told him to go home because she didn’t feel like hanging out with him.

Was I supposed to let him stay that night?

Rye is not diagnosable as autistic anymore, my mom and he have done so much work on his social skills, behaviors, and brain change that he is not considered on the autism spectrum anymore. But he still is a strange, quirky guy. He still struggles with a lower than average IQ, and issues from before my mom adopted him (Fetal Alcohol Syndrom, for example.) He is a guy easily (and often) taken advantage of, largely because he does not want to be cruel and judgmental in the ways so many have been to him. So he is welcoming to strangers at ten o’clock at night.

The police officer took Rye’s statement, and then called me.

“We will take him to Waco for an examination, do you want to come?”

I hoped the officer would offer to pick me up, at which point I would ask my hubby to stay with our sleeping children, but he did not.

“Okay, I’ll have Rye call you when it is all done and I have him back here in Teague.”

I thanked him, I told Rye I love him, I hung up and called mom.

The police officer nodded in understanding. I looked at him, sitting slightly behind and to the right, my right, of the camera.

“I saw that guy, just some guy, knock on Rye’s door. I was patrolling the block. But I didn’t recognize him. I don’t know who he is.” The officer looked young and a little shaken, but he was mostly professional. I don’t know if he was trying to justify himself to me or give me a story of understanding, so I would not be entirely alone in my guilt. Or maybe he was just talking, thinking out loud, remembering that night.

So many little things that could have changed the story. Why hadn’t I let Rye stay? Why hadn’t we been better at teaching him it’s okay to say no, it isn’t judgmental to say no? Why hadn’t the police officer taken more notice of a man at Rye’s door late at night if he was on patrol?

Was he supposed to?

I spent the night after Rye’s rape sleeping on Rye’s couch. Rye and I agreed that he wanted to get comfortable in his apartment and so we worked on a plan. I stayed there, visited more often, and remained particularly available to him. He agreed to keep his door locked and just pretend he isn’t home if someone knocks, he listened when I explained why that’s not mean or judgmental, and he has since then done his best to always have a phone so he can call me or our mom in an emergency. He can call the police.

He still lives in that apartment and he likes his life.

Today is his birthday.

Rye comes to visit me most days and we enjoy each other’s company. I help him often with things online, and he helps me sometimes by lending me his car. We are a good team.

And when I visit him he is generally ready for me to leave after about twenty minutes. When he visits me, it’s about the same.

He goes to his home and I go to mine.

We are a team, but the trauma of his rape did not leave him – or me – dependent or desperate. We have learned ways to stay safer and grown smarter, but we have not given in or given up.

Posted by Tsara Shelton at 8:34 AM

Have a peek at my new book! Click on the image below.

Learn More or Endorse Me! 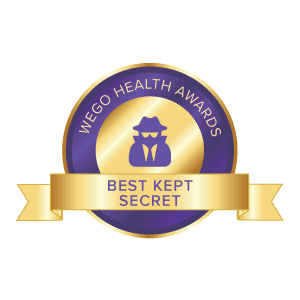