Author's Note and Invitation: So, Chuck Wendig did something a little bit different. His Flash Fiction Challenge became a Flash (Non)Fiction Challenge. At first, I giggled at that. Because goodness knows that's pretty much all I write. Then, I thought I'd share the challenge with all of my friends who like to write creative nonfiction while at the same time thinking I wouldn't myself participate. Then, I thought Wait a minute? I can do what I do but with way more freedom? Like, tell any story from my life for any reason without feeling obligated to offer a specific nugget of learning? Fun!! Lastly, I wrote this story! I encourage you to visit Chuck's blog and join in the storytelling fun! In the meantime, I invite you to read this memory from the summer I was thirteen. Hugs, smiles, and love!! ~Tsara Autism Answers with Tsara Shelton (Facebook)

I walked down the aisle; equal parts proud and ashamed. My hands, which held the piece of paper I would be reading from, trembled slightly. Nervously.

Allowing myself short, furtive glances at the mostly older and entirely well-dressed community members seated in the wooden pews I silently apologized for my lie. Almost immediately, though, I remembered to also silently give them the blame.

My nervousness didn’t stem so much from the lie, after all I had always been a bit of a liar and a proud storyteller. It mostly had to do with the unusual setting and the audience I would be lying to.

I looked at the pastor or preacher or whatever the sermon giving person was called in this kind of church, and his condescending, pitying smile erased what was left of my shame. They asked for this lie, and I decided to be only proud that my abilities as a storyteller, indeed as a writer, had so moved them that they’d decided to put together this special event.
For me. For my words.

The boys next door to my aunt’s house were kind of cute. My younger cousin, who I was stuck hanging out with on this summer long visit, had a huge crush on the younger boy. The older one was less cute but more experienced in the art of kissing and touching.

I flirted heavily with both.

My breasts had finally begun to bud that summer I turned thirteen, stashed away at my aunt’s house. I wasted countless minutes in the mornings brushing my teeth and watching them jiggle in the mirror. Finally!

I would then quietly thank my aunt and uncle for meals, tidy up my messes, shyly avoid eye contact with grownups, and desperately plan my escape to the outside where boys waited to be flirted with and carefully bossed around.

I overflowed with energy and playfully crafted confidence around boys. From my youngest years there was a strength and power I felt when they were around.

That summer I was thirteen I let it run wild. It was necessary. I needed to understand and hopefully tame this power because mere months before, when I was still twelve, it had betrayed me.

Grownups made me shy, I never felt the power in their presence. Yet, somehow, my step-dad had known it was there and exploited it. He had touched me in the ways that I used the power to encourage boys to touch me. And then he touched me in more ways.

So while my mom (a stay at home mom with six kids, four adopted and disabled) kept a promise to me that she would keep us safe by getting rid of him and learning how to work, feed, and teach us away from abusive choices, I had made a bold promise to myself.

I would let the power out of the barn. I would watch it run wild, follow it instinctively and get to know its heart so that I could one day, hopefully soon, respect and control it.

I suppose if I had been more aware of the grownups I would have seen the onslaught and bullying circle coming.

While I bounced my barely boobs and kissed the older boy next door, they tsk tsk-ed, judged, and pitied me.

I had been molested, I was my mother’s daughter, I was becoming a slut.

What I needed, they surmised, was Jesus.

So some of the community grownups (along with my unsure aunt who was not an entirely devout church goer) took me to church, gave me soft pats and pitiful looks from on high, and told me everything wrong with my life.

So I wrote them a letter.

Sitting alone in the basement of my aunt’s house I summoned my powers as a schmaltzy writer and weaved a tale of desperation, sinning, and sudden summer holiday saving. I wrote carefully, keeping alive a vision of the pity and dislike that burned brightly in the church goers eyes for mood, writing a lie that felt beautifully pathetic.

I told the story of a girl who was lost and molested, flirting with boys because she had been tempted by the devil to tempt and recruit others. A girl who was treated with kindness by strangers of a small community church and invited to see the light. To accept Jesus into her heart. A girl who was on the cusp of womanhood, a dangerous precipice, who had been welcome in the arms of God always only she hadn’t seen, hadn’t known. Not until the strangers of the church, who were no longer strangers but now family, had showed her. Had saved her.

I was properly impressed by my lie and handed it over to grownups with a manufactured timidness.

My words hit home. I had given them what they wanted. There were grateful tears, blessings and nods of self-approval.  They had done it.

I was proud. I got to show off my writing skills while they got to pat themselves on their righteous backs.

I hadn’t expected or wanted, however, the next request.

What good was saving one soul if only they knew about it? Why not put that soul on display, an example for others and proof of their insistent good work. Why not invite people to hear this saved soul read her words out loud?

I stepped up on the small stage that was barely a stage and pretended to look out at the crowd. There was a wooden podium beside me and I used all of my skills as a liar and storyteller to imagine it was my mom. My mom, who was out in the world helping children by adopting them, fighting for them, rearranging her life and everything she thought to be true for them. My mom, who didn’t judge and tsk, but who took loving action.

I looked at the words I had written and with a trembling voice, I read my lie.

This time I was not proud of the words or pretty sentences. As the congregation sighed and smiled and cheered, their sounds struggled to find a way through the loud inauthentic filter that was my story.

I now realized with the wisdom and love of my imagined mother at my side, this was my lie—not theirs. So I played the role of lost girl saved. I suffered the inauthentic words and story I had presented—suffering being the only truth my audience might have approved of.

As I stepped off the stage and accepted the gentle patting and blessings of the church, I made myself a sacred vow.

To use my words and stories to tell only truth. Truth in fiction, truth in conversations, truth in my letters. My words would be my way to share my truth.

I folded up the paper I was still holding and gifted it to the community. This was my lie. But this was their story.

I would spend the rest of my summer, and my life, telling mine. 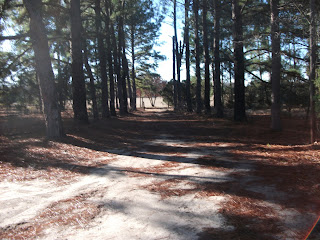 Author's Note: If you enjoyed this story, I invite you to check out my book Spinning in Circles and Learning from Myself: A Collection of Stories that Slowly Grow up. It's, well, a collection of stories. And, you know, they slowly grow up! Thank-you with all of my heart for taking the time to read things that I write. Honestly and truly, you are a gift. xoxo

Posted by Tsara Shelton at 1:04 PM