Autism Answer: It's about the doing, not the result!


I have this thing. Perhaps you've heard of it? It's fear of rejection. Yup! I'll admit it (do you still like me?). I've noticed that it manifests in so many different and surprising ways.

As a mom, it's reared it's ugly head over and over. With my neuro-typical boys I could ignore or justify giving up on creative parenting choices when I was afraid they wouldn't work or I would look like an idiot. However, with my not so neuro-typical boys that just wasn't gonna cut it. Thank goodness!

When Shay was refusing to learn language I took him from doctor to doctor hoping that they would have an idea I could hold onto. That way, if it didn't work it wasn't my idea being rejected by my child, but theirs. To make a long story short, their ideas were stupid. Both my child and I ended up rejecting them!

Eventually, I asked my mom to come up with ideas. Her's were great, and they worked! Using sign language by our mouths, emphasizing the fun of words, celebrating small sounds and playing out the words they could become, and inventing games that were silly and at the same time encouraged clarity. The problem there was that Shay is my son and I wanted to be the one with the ideas.

So, at the risk of being "rejected" by my children I began discovering my own beliefs and parenting choices, putting them into action and allowing for the time it takes to see the change I was aiming at. I was surprised to learn that some of my ideas were great. And, like so many doctors, professionals, and parents before me, some were stupid. But, interestingly enough, the stupid ones done with intention and love would invite clues from my children, clues that I could follow when I wasn't afraid of the rejection, until eventually I'd find the good idea hiding behind the seemingly stupid one!

I discovered that the answers lie in the doing!

Taking chances, making guesses, and being willing to look like a foolish mom while trying strange things has been the most fun time in my life!!

Dealing with this fear of rejection and learning to be willing to try, despite the possibility of failure, has made me a much more intentional mom. It's also made me a better friend, wife, and citizen.

So, once again, thanks autism for challenging me to find the answer!!

Also... I hope you still like me!!
Hugs, smiles, and love!!!
Autism Answers with Tsara Shelton (Facebook) 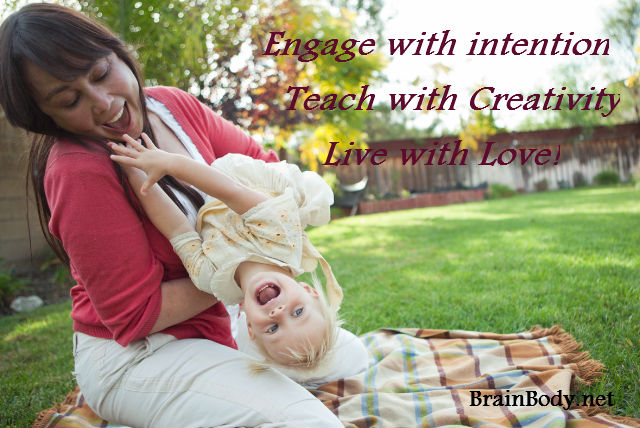